Keeping lone workers safe is a high priority for 90,000-home landlord L&Q. At any one time many members of staff are working on their own - from housing officers meeting tenants in their homes, to maintenance teams out on a job.

Although the association had previously used a lone working device to help protect its workers some years ago, it was keen to explore what other options were available, says Carole Fuller, lone working personal safety co-ordinator at L&Q.

A decision was made to procure a solution through Procurement for Housing’s framework for lone worker devices. Through that, L&Q became aware of Alertcom and its ID device, which doubles as a GPS personal safety device and an identity card holder.

L&Q had used a lone working device in previous years, but it was keen to explore what other options were available.

Before a full roll-out occurred, however, L&Q trialled the devices in real world scenarios. A small team used the device over a three-month period to identify whether the system would suit their requirements.

Once the testing phase was completed, full implementation across the business began in October 2016. Currently there are approximately 640 devices in operation in the workforce, with some staff sharing a pooled device which increases the number of staff who could be protected.

“We determined which teams would require a device based on their team’s lone working risk assessment,” Ms Fuller explains.

Job roles protected by the Alertcom systems vary, with members of the sales and lettings team, housing officers, direct maintenance and caretakers all covered.

Some teams such as direct maintenance voids operatives and caretakers have an added ‘man down’ option which when turned on will raise an alarm.

“The device when not upright will emit an audible alarm and if not turned upright within one minute it is like pushing the ‘alarm’ button,” she adds.

This function is vital for those workers who injure themselves and are otherwise unable to raise the alarm themselves.

Ms Fuller reports that the devices are already improving the confidence of L&Q staff.

“Incidents are thankfully very rare but it gives L&Q and our staff peace of mind to know that we have a reliable device to summon help should it be needed,” she concludes.

Genesis Housing Association, which manages 33,000 homes across London and the East of England, has implemented solutions to help protect its lone workers for a number of years.

The reason the landlord utilises such systems is simple - it all comes down to risk assessment, according to Ben Watts, health and safety advisor at Genesis.

“Some of our staff are put in hazardous situations working with vulnerable and temperamental clients at times, so we felt this additional control measure added to the existing procedure.”

The association’s existing control method also wasn’t performing, so it began to look at alternatives.

One consideration for Genesis was that devices could be easily used and transferred between multiple individuals.

For instance, a solution which tied a device to one person wouldn’t have been suitable for the organisation.

“That transfer was important to us to get right,” says Mr Watts.

Following a rigorous research programme, Alertcom’s T4 GPS device soon jumped to the top of the list as a possible solution. In 2016, Genesis began trials aimed at determining the suitability of the device in the field.

“Initially we picked five people from different teams and departments within Genesis because we wanted a range of people to test it,” Mr Watts explains.

After an extensive evaluation period lasting several weeks, which included questionnaire feedback from participants, it was decided that the landlord would move to a second phase of testing.

“This was a live trial with more than 50 users over a longer period of time, and again we asked them to complete questionnaires at the end of it,” Mr Watts adds.

As part of this trial, users were asked to order and commission devices directly with Alertcom and trigger test alarm activations to enable Genesis to fully evaluate device functionality and response times.

In the end Genesis took the view that the T4 device ticked all the right boxes, and it procured more than 500 to be used across the business.

Approximately 200 devices are used by its care and support teams, 100 are used by its neighbourhood teams, a further 100 are for property services and a final 100 are earmarked for volunteers, community centres and other general needs.

In preparation for the system’s roll-out in January 2016 to more than 400 lone workers, Genesis’ health and safety team worked to ensure that its staff were properly trained and understood how to use the system.

“The biggest challenge is getting people used to a new piece of technology,” says Mr Watts.

“We held workshops, we arranged training, I went to team meetings and met with managers across the business to follow it up and embed the system properly.”

What has helped that ‘embedding’ of the Alertcom devices across the business is that the organisation hasn’t shied away from sharing when the devices have been used in real-life situations. Hearing examples of the system working in practice has improved buy-in from staff, Mr Watts reports.

“I think that’s good for people to see that it’s actually working in real-life situations; it’s not just a box-ticking exercise,” he says.

With this in mind and since its launch over a year ago, the Alertcom T4 device is now being embraced throughout the business.

“As things have progressed we’ve had a lot of buy-in from managers across the business. The feedback I get is positive and people are happy to use it,” Mr Watts says.

WHAT OUR CUSTOMERS ARE SAYING

The whole implementation process with Alertcom has been simple and straightforward.

Not only did we find the provider to meet our aims, but our choice was also the most cost effective provider.

Incidents are thankfully very rare but it gives L&Q and our staff peace of mind to know that we have a reliable device to summon help should it be needed.

I think that’s good for people to see that it’s actually working in real-life situations; it’s not just a box-ticking exercise. 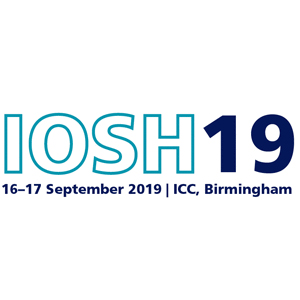 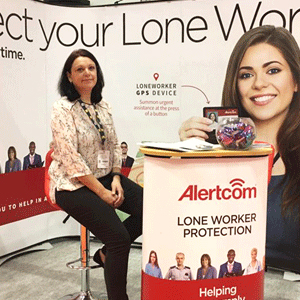 Alertcom is a division of the AVR Group Limited.© Copyright 2018. All rights reserved.